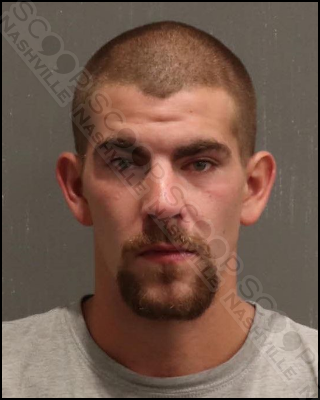 25-year-old Charles Burnett was found passed out inside a porta-potty downtown in the early hours of Thursday morning. He is charged with public intoxication, as officers determined his decision-making skills to not be sufficient to care for himself in his current state of intoxication.

The defendant was found passed out inside a portapotty at Korean Veterans Blvd and 1st Ave S. When the defendant was woken up by officers he was slow to wake up and when he stood up he was very unsteady on his feet. As officers were talking to the defendant he had slurred speech, watery bloodshot eyes, and an obvious odor of alcoholic beverage on his expelled breath. The defendant appeared to be a danger to himself if left in his intoxicated state.