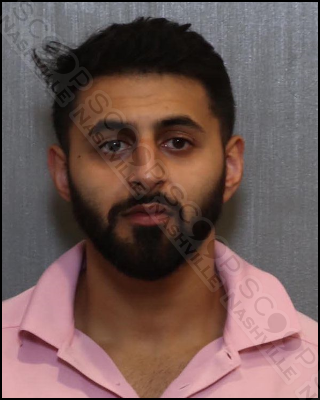 24-year-old Rishan Chamdal, of Houston, TX, was booked into the Metro Nashville Jail Sunday night after airport police say he went into the backroom of the District News shop inside concourse D and urinated into a mop bucket. An employee caught him mid-stream, demanding he stop, and when he didn’t (or couldn’t) she called airport police. He resisted arrest and had to be taken to the ground, and caused a disturbance while being escorted out of the building.