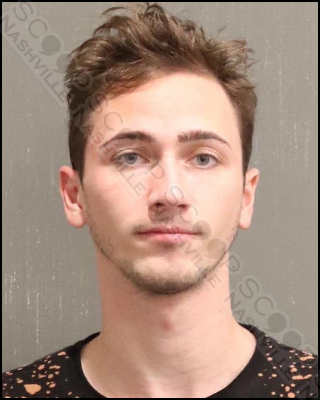 21-year-old Missouri tourist Anthony ‘Tony’ Waldner was booked into the Metro Nashville jail this weekend, charged with the assault of his girlfriend, Kaelyn Rawie. The two were reportedly drinking during the evening, and once back at their hotel after a concert at Ascend Amphitheater Thursday night, and he slapped her in the face, causing an injury to her lip. Waldner is free on a $1,000 cash bond, charged with simple assault (not domestic assault, according to court records).