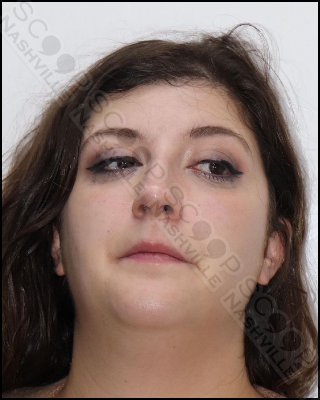 Metro Police say 32-year-old Brittany Hokans was found in downtown Nashville too intoxicated to walk or care for herself in any way in the early hours of Saturday morning. She refused all attempts for assistance and refused to be transported for medical treatment, so was booked into the Metro Nashville Jail, charged with public intoxication.