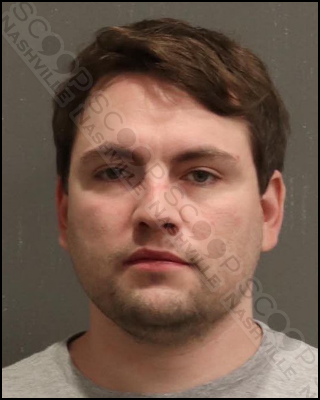 Metro Nashville Police say highly intoxicated 30-year-old William Spielberg hid in the stairwell at Lucky Bastard Saloon in downtown Nashville, and when an employee was walking up the stairwell just before closing early Monday morning, Spielberg unleashed the spray of the extinguisher onto the employee. Spielberg was charged with public intoxication and booked into the Metro Nashville Jail.