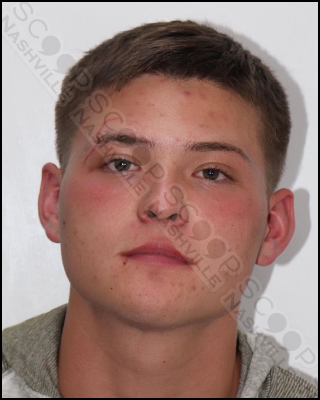 22-year-old Isaac Jordan was deemed to be too drunk for Kid Rock’s bar Saturday night when he became disorderly and refused to leave when asked by bar staff. When police arrived he continued to yell that he “didn’t do anything wrong!” and reeked of alcohol. He was booked into the Metro Nashville Jail, charged with public intoxication.