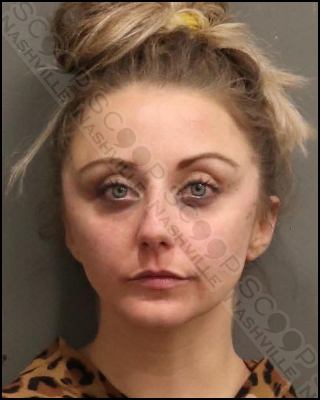 36-year-old Millicent ‘Millie’ Martin was being kicked out of Honky Tonk Central early Saturday evening after she reportedly assaulted a security guard. When she refused to leave, police were called, and charged her with public intoxication, and transported her to booking, where she remained for the 8-hour sobering up period. Security staff did not press charges.