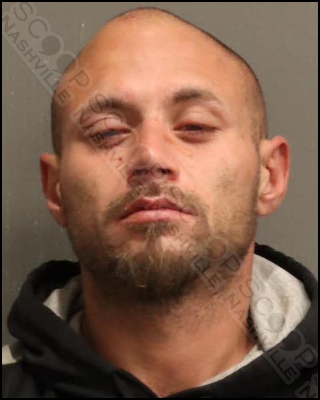 33-year-old Ryan James McEwen was found causing a disturbance in front of Kid Rock’s bar on Broadway in downtown Nashville. Metro Nashville Police observed him yelling and screaming while stabbing a trash can with a knife. He reportedly reeked of alcohol, and officers were unable to determine the reason for his rage. He was charged with public intoxication.