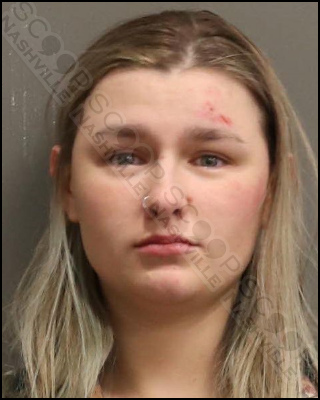 21-year-old Jordan Wharton was found in downtown Nashville walking out into traffic, extremely intoxicated, and unable to care for herself, according to Metro Police. They attempted to get her medical attention as she had also reportedly fallen, but she refused all offers for assistance. She was unable to walk or stand, so could not be left alone for her own safety. She was transported to booking, where she was charged with public intoxication.