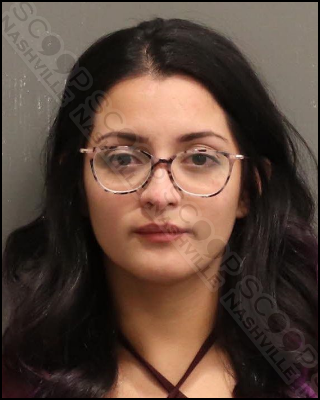 24-year-old Karla Diaz, of Nashville, was kicked out of Nudie’s Honky Tonk in downtown Nashville early Sunday morning and escorted out of the building by security. The unhappy patron then attempted to go back inside and was stopped by the bouncer at which time she threw a drink on him, and grabbed his vest with both hands. He stopped her before she could continue the assault, and placed her into custody while waiting for police to arrive. She was charged with assault and is free on pre-trial release.