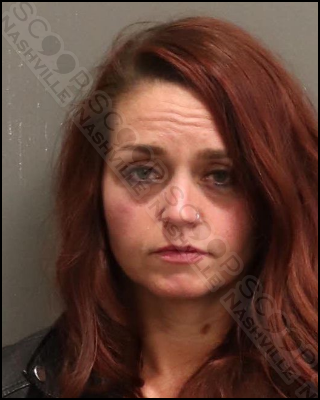 Metro Nasvhille Police found 37-year-old tourist Amanda Girard sitting on a downtown sidewalk crying for an unknown reason. She stated she had been out drinking while celebrating a friend’s birthday. Observing that she was entirely too intoxicated to care for herself, police offered her a medical ride to the hospital, transport to her hotel, or to assist her in finding her friends – all of which she explicitly refused. Officers noted she was belligerent with them during the entire interaction, making threats to them and other citizens downtown. After all other options were exhausted, she was transported to booking and charged with public intoxication.