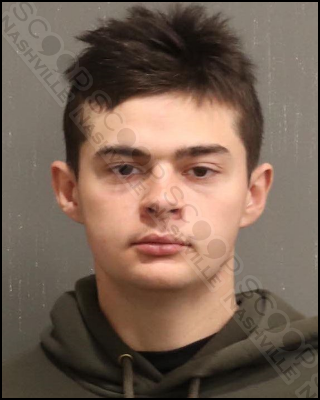 Metro Nasvhille Police charged 19-year-old Fort Campbell soldier Brodie Harris with underage consumption of alcohol, public intoxication, and disorderly conduct Saturday night as he was involved in a large brawl on Broadway in downtown Nashville. Harris was observed attempting to punch another person, was ordered to stop, but he continued to attempt to strike the other person, ignoring the commands of officers. Harris stated he had six beers and was “trying to defend his friend from getting jumped”. Harris was booked into the Metro Nashville Jail and is free on pre-trial release.