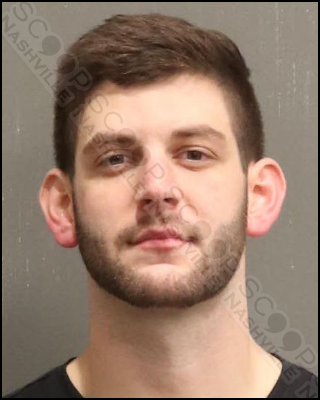 23-year-old Noah Wallis was found pantsless and shoeless in a downtown Nashville parking lot in the middle of the afternoon on Saturday. Metro Nashville Police report he was sitting between two vehicles, one of which he had vomited on and caused a large dent in the side of, all while officers noted he “didn’t seem to notice he was missing his shoes and pants”, which were later found thrown in nearby bushes. Wallis stated he had “drank way too much and was just drunk”. He was charged with vandalism and public intoxication, and transported to booking. He is free on pre-trial release.