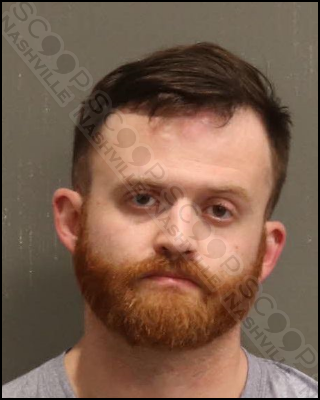 29-year-old tourist Jacob Bennett, from Florida, was booked into the Metro Nashville jail just before midnight Thursday after causing a scene at Dierks Bentley’s Whiskey Row on Broadway in downtown Nashville. Officers working the Entertainment District Initiative (EDI) observed him in a verbal altercation with security staff as he attempted to enter an exit door of the venue. He was asked to leave the property and refused and was eventually taken into custody for public intoxication. He was additionally charged with resisting arrest after he pulled his hands and arms away from being cuffed, and it took multiplied MNPD officers to subdue him into custody. Bennett is free on pre-trial release.