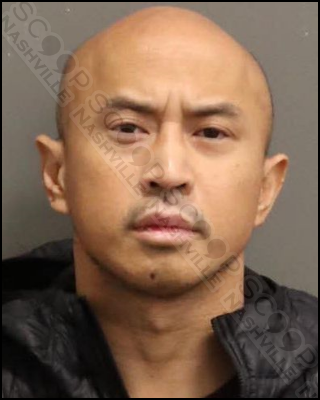 37-year-old Hoan Bui told police he had 2-3 beers and a shot of liquor in downtown Nashville before crashing his vehicle early Saturday morning. A witness observed him driving the wrong way on Bell Road just before the crash. Bui blew a 0.115 BAC on a breathalyzer and was charged with DUI, and was additionally booked on an outstanding citation from 2018, charging him with driving on a suspended license. Bui is free on pre-trial release.