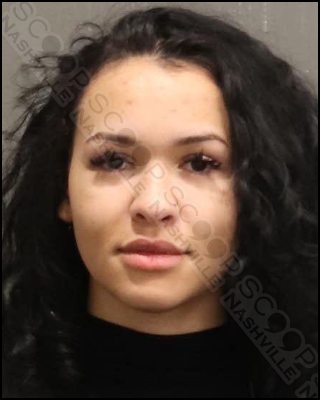 19-year-old Ava Purifoy had to be carried out of Bridgestone Arena by off-duty officers Saturday night after she caused a scene inside from being overly intoxicated. As she was being placed into custody and the rear of a patrol car she began to kick her legs at officers and scream. She then kicked the windows from inside the car, demanding to be let out of custody. She eventually admitted to consuming “three drinks”. She was transported to booking and charged with public intoxication.