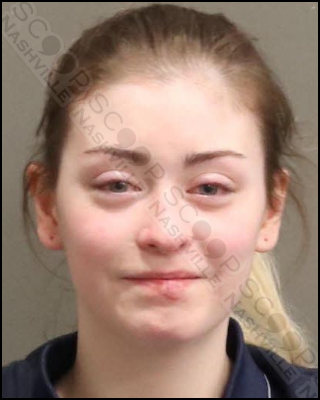 21-year-old Sarah Mays says she had a “few Jell-O Shots” and a “Mike’s Hard Tall Boy” at a bar prior to driving Friday night. Once on the road, police say she told them she was just “following her GPS” after she was stopped for making a left turn from a right-turn-only lane. During the traffic stop, officers reportedly smelled alcohol and noticed her slurred speech. She agreed to perform field sobriety tests, all of which indicated intoxication. Her breathalyzer result was over twice the legal limit, a 0.169 BAC. She was transported to jail, charged with DUI, and is free on pre-trial release.