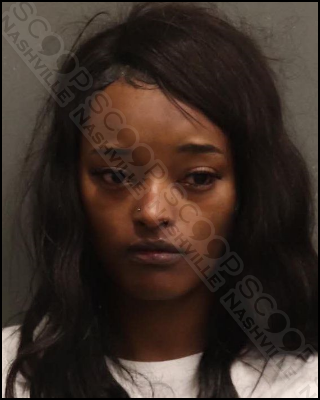 26-year-old Bethlehem Weimer was booked into the Metro Nashville Jail early Sunday morning after security at Tin Roof Broadway contacted police due to how unruly she was becoming inside the bar. She was refusing to leave, and officers after multiple warning, she was placed into custody by officers. As they attempted to cuff her, she pulled away and kicked Officer Dibernardo in the leg twice. She continued kicking and screaming once inside the cruiser and eventually had to be hobble restrained. She was transported to booking, charged with public intoxication, resisting arrest, and assault of an officer. She is free on a $3,500 bond.