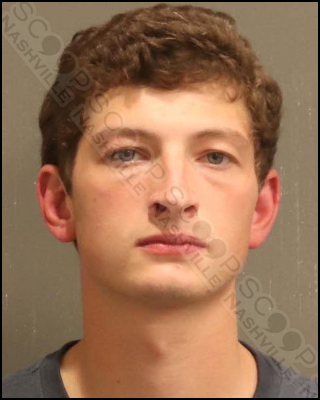 Metro Nashville Police say they attempted to help find 23-year-old Ryan Baker a ride home after he got into a fight with his brother near the pedestrian bridge late Saturday night, in an effort to avoid being arrested due to his extremely intoxicated state, but he wasn’t having any part in their assistance. They couldn’t leave him there, as he was unable to care for himself, so he was booked into custody, charged with public intoxication. He yelled, screamed, and caused a dramatic scene during his arrest.