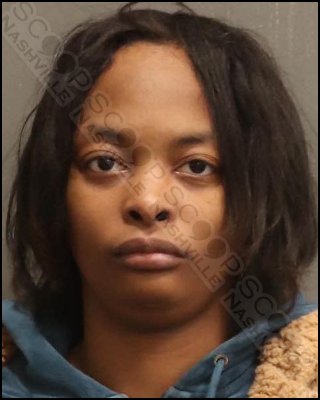 22-year-old Nisel Andrews was booked into the Metro Nashville Jail Tuesday, charged with felony aggravated assault. Police arrived at the Antioch residence on a domestic call, and both Andrews and her boyfriend, Luis Polanco, had the same account of events. An argument broke out in the bedroom and then moved downstairs where Andrews says she became “very angry” and grabbed a knife. She chased Polanco with the knife in her hand, though he says he wasn’t in fear, and she says he had no intention of actually hurting him. Due to the domestic relationship and the agreed-upon narrative from both parties, Andrews was determined to be the primary aggressor and was taken into custody. She is charged with felony aggravated assault with a deadly weapon, and is free on a $1,000 bond.