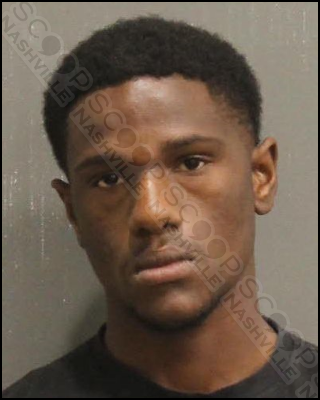 20-year-old Kenneth Douglas is charged with the domestic assault of his girlfriend, Destiny Tanner. Tanner says the two were arguing and Douglas was intoxicated and becoming more and more irate. She agreed to give him a ride to his sister’s home in South Nashville, and while they were en route, he reportedly threatened to hit her in the head with the bottle of liquor which he brought with him. She says she was placed in fear of bodily injury, and police responded to the scene. Douglas was booked into the Metro Nashville Jail, charged with domestic assault – fear of bodily injury, and is free on a $3,500 bond.