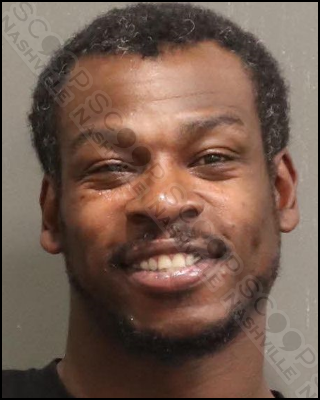 Byron Baisy was booked into the Metro Nashville Jail on Tuesday, his 35th birthday, after he and his girlfriend, Tiffany Mayfield, had reportedly argued all morning long. His girlfriend says the argument escalated when it wasn’t going his way, and he pushed her onto the bed, held her down, ripped off her dress, and treated to kill her. Police documented injuries on the victim when they responded to the Bellevue residence and took Daisy into custody. After Baisy was in custody, officers asked if he had anything on him they should be aware of, and he disclosed there was “weed” in his pocket. Officers retrieved 27.3 grams of marijuana. Byron Baisy is charged with domestic assault with bodily injury and drug possession. He is free on a $1,000 bond.