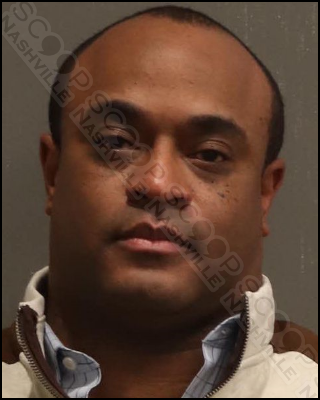 49-year-old Brian Clements was booked into the Metro Nashville Jail this week after putting his hands on a police officer who came to escort him out of The Twelve Thirty Club on Broadway in downtown Nashville. Clements had reportedly become disorderly and refused to leave when requested by club security. Police arrived to find him extremely intoxicated and when they asked him to find a ride to leave the location on his own he reportedly placed his hands on the officer’s shoulders. Officers advised Clements to remove his hands, and he did so before once again putting his hands on the officer. Clements was charged with public intoxication and transported to booking.