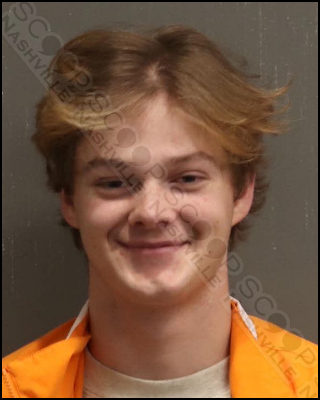 19-year-old Ian Sewel was booked into the Metro Nashville Jail after he was found lying on the ground inside Nissan Stadium during the Music City Bowl on Thursday. Police say he reeked of alcohol and was so intoxicated he was unable to care for himself. Sewell admitted to consuming alcohol and was taken into custody. He was transported to booking and charged with public intoxication.