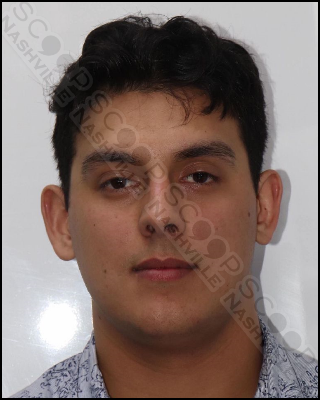 22-year-old tourist Daniel ‘Danny’ Abeln was kicked out of Honky Tonk Central on Broadway downtown Nashville, and once he was escorted outside he decided he’d rather be back inside and continued to attempt to regain entry. After multiple failed attempts, he then attempted to punch security multiple times. Due to his behavior, Abelin was transported to booking and charged with public intoxication and disorderly conduct.