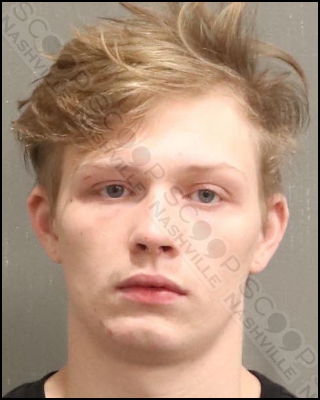 23-year-old Michael Bland (Mikey) was booked into the Metro Nashville Jail Tuesday on outstanding warrants from August, charging him with felony aggravated burglary and assault. The incident occurred in East Nashville when he reportedly kicked in the read door of Brian Scott, who is described as an “acquaintance” and refused to leave, and made threats toward the victim and his family as Brain Scott physically removed him from the home. Brian could only tell the police he knew him as “Mikey”, and police were later able to determine his identity through investigation. Mikey Bland is jailed in lieu of a $26,000 bond.