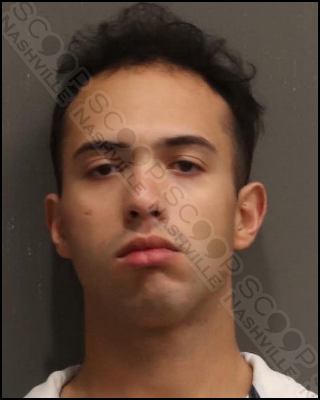 22-year-old Michael Diaz was booked into the Metro Nashville Jail this week after he was involved in a fight on the rooftop of Nudie’s Honky Tonk in downtown Nashville. Security attempted to break up the fight, and Dian reportedly grabbed onto the outer carry vest worn by the security guard, Charles Farris, then punched him in the face and broke his glasses. Diaz, of Florida, is free on a $2,500 bond.