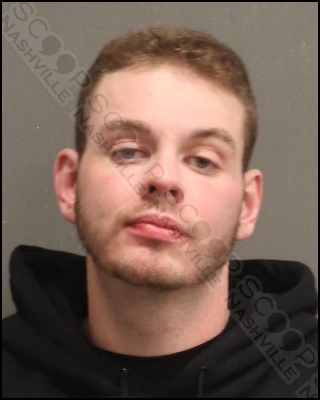 When police responded to a crash on I-40, 24-year-old Robert Cade Marklein told officers a car forced him into the guardrail and off the roadway. Officers, however, noticed Marklein appeared to be heavily intoxicated, and after questioning, Marklein admitted to drinking “two beers” earlier in the night. He eventually blew more than double the legal limit, a 0.185% BAC and was charged with DUI and driving on a suspended license. Cade Marklein is free on a $2,500 bond.