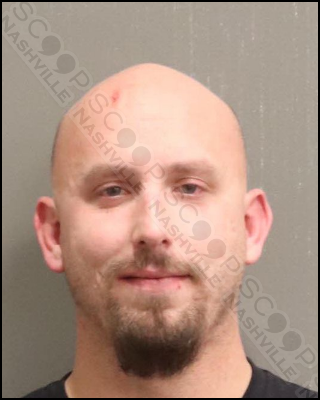 30-year-old Derrick Nelson was booked into the Metro Nashville Jail this week after being deemed too drunk to remain on his own in downtown Nashville. Officers first encountered him while patrolling Broadway near 6th Ave South, as he was yelling at other bar patrons in the area and causing a disturbance. He was having trouble standing steady and was unable to contact anyone that could care for him, or tell officers where he was staying so they could assist him back to that location. He was taken into custody and charged with public intoxication.