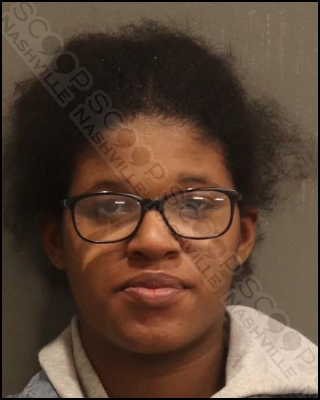 Secret Ford & Nemani Braden, both 19-years-old, are now formally charged in a DUI crash that caused multiple injuries in June. Ford was booked on the day of the crash, while Braden was taken into custody this week on the outstanding warrant as she was hospitalized the day of the incident. Ford, who owned the vehicle and was in the passenger seat, allowed Braden to drive, knowing they were both heavily intoxicated. They were out with a group of underage friends and had been drinking at “Toxic Tuesdays” at the Chicken Coop 615 bar.

Court records show Braden spoke in great detail about that night with Officer Kelsey Hicks, and stated in addition to open alcoholic beverages in the vehicle, they had been drinking at The Chicken Coop and had also been smoking marijuana earlier in the evening. Ford allowed Braden to drive the vehicle, despite knowing she had been drinking. Braden rear-ended a vehicle near 21st & Edgehill, sending multiple people from both vehicles to the hospital with injuries.