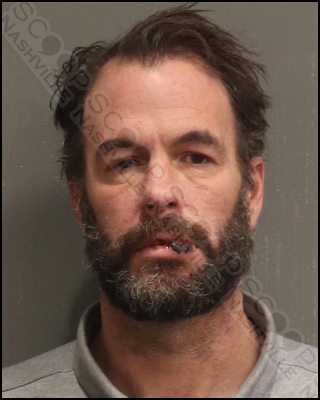 Metro Nashville Police took 48-year-old Mario Sardagna into custody Saturday afternoon at 401 Broadway, Merchants Restaurant. Officer Sean Pulizzano says the local man was extremely intoxicated and was annoying people in the area of the restaurant, and could not stand up without swaying. Sardagna told police he drank too much vodka and apologized. Sardagna was transported to booking and charged with public intoxication.