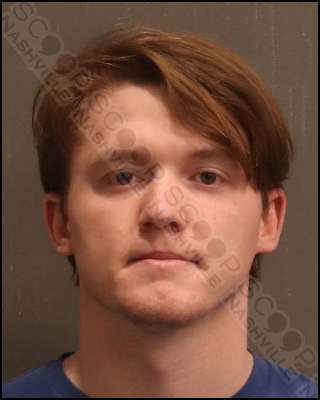 23-year-old Marine Aaron Burnette was booked into the Metro Nashville Jail Tuesday on an outstanding warrant from the weekend, charging him with the domestic assault and bodily injury of his wife, Chelsea Majors Burnette. The victim says he shoved her to the ground while she was holding their child and punched her the head with a fist, leaving swelling, while on top of her. He then fled the scene.

Police located the victim, along with NFD medics, who confirmed the swelling and injuries, at the Apex Nashville West Apartments. Majors explained the couple was in an argument over their ten-month-old child crying. The child was not injured as a result of the fall.

Aaron W. Burnette was charged with domestic assault with bodily injury, and is free on a $1,000 bond, via Jenkins Bonding, to his 6565 Premier Drive address.