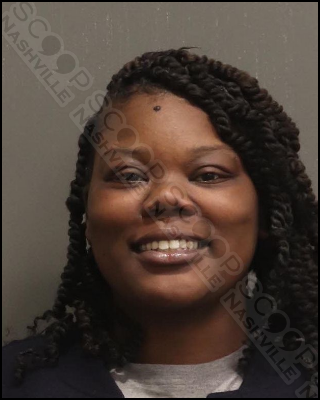 28-year-old Kayla McKenzie was booked into the Metro Nashville Jail Monday on an outstanding vandalism warrant from last year when her ex-boyfriend, Michael Shields came to the Family Safety Center to report she had keyed his car.

On February 4th, 2021, Michael Sheilds reported he was in his bedroom at his father’s residence at 3763 Westport Drive when he heard a loud scratching outside in the gravel driveway. As he looked out the window he observed his ex-girlfriend, Kayla McKenzie, keying his vehicle before she drove away. Damage was estimated to be less than $1,000.

Kayla Dominique McKenzie was charged with vandalism and is free on a $1,000 bond to her 2808 Cato Ridge Drive address.