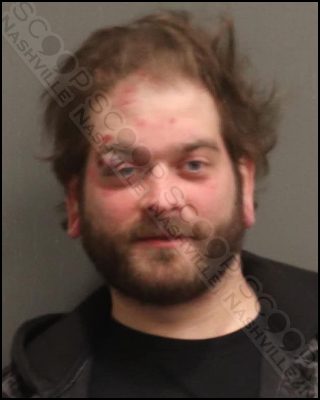 Police say 30-year-old Nicholas Chowning was kicked out of his girlfriend’s parent’s home for being drunk and aggressive. Her parent removed him and told him to call an Uber to get home. Moments later, Chowning shattered the front window of the home and sat on the living room floor, where police found him late Thursday, bloody and defiant. Chowning was taken into custody, charged with felony aggravated burglary. His bond is set at $10,000.

We previously covered Chowning in 2020 when he was charged with the assault of another girlfriend.