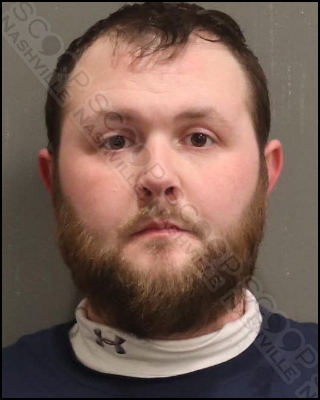 27-year-old Luke Lacefield was transported from Nissan Stadium during the Titans Game, and upon arrival at St. Thomas Midtown, ED staff observed his extreme level of intoxication as he had to be restrained to a hospital bed due to his yelling, screaming, and making threats to of harm to hospital staff. He reportedly attempted to bite a female member of the security staff who was attempting to restrain him. Lacefield told police he has no memory of the incident.

Luke Lacefield was transported to the Metro Nashville Jail and charged with public intoxication and disorderly conduct. He is free on pre-trial release to his 4784 Breeze Court West address in Owensboro, KY.