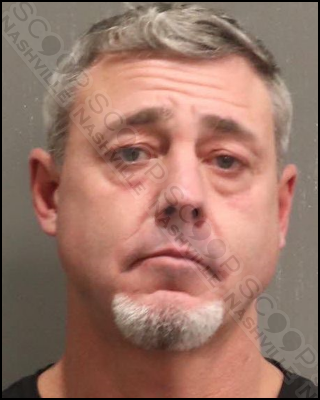 45-year-old Jeffrey Fiorillo was booked into the Metro Nashville Jail Friday night after he became “irate” at Rippy’s bar in downtown Nashville and refused to sign his bar tab, according to police, who arrived to find him still arguing with venue security. He was determined to be extremely intoxicated and unsafe to be left on his own.

Fiorillo was charged with public intoxication and disorderly conduct, and transported to booking. He is free on pre-trial release to his 1724 Linden Ave address in Nashville.