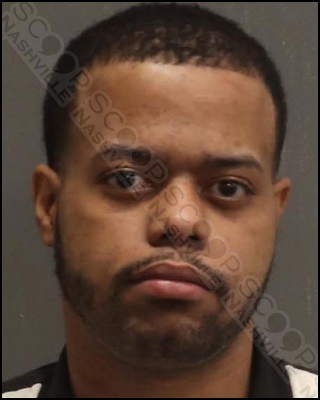 30-year-old tourist Michael McGhee now faces two assault charges after an altercation at Rippy’s in downtown Nashville this playoff weekend. Police say early Sunday morning bouncers at Rippy’s bar on Broadway flagged them down due to a fight at the venue. When officers arrived inside, McGhee was already detained by security. He had fallen asleep at the bar and was asked to leave, but instead decided to threaten Joseph Gillaspie and pushed him when Robert Silliman attempted to restrain McGhee, who kicked him in the face.

Michael Colin McGhee was booked into the Metro Nashville Jail and charged with two counts of assault. He was freed on pre-trial release to his 947 E Johnston Road address in Columbus, Ohio.