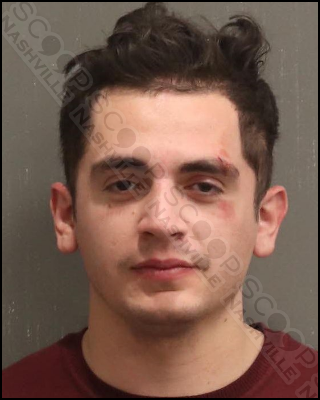 27-year-old Dakota Jorge Veroy was booked into the Metro Nashville Jail Saturday night after he refused to leave the FGL House bar in downtown Nashville after being escorted out at least once earlier in the evening for being disruptive. He became combative with security and was eventually taken into custody and charged with public intoxication.