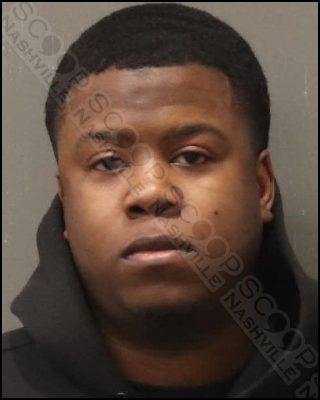 Metro Nashville Police say 24-year-old David White opened an account in 2019 with what is now First Horizon Bank under the business name “David Deals R Done, Inc.” and soon after deposited a check in the amount of $100,425.00. The check turned out to be counterfeit, and he had already withdrawn $4,800 before the fake check was discovered. A warrant was issued for his arrest, and he was booked into custody Tuesday.

David R. White was booked into the Metro Nashville Jail, and charged with felony theft. He is free on pre-trial release to his 3474 Dickerson Pike address in Nashville.