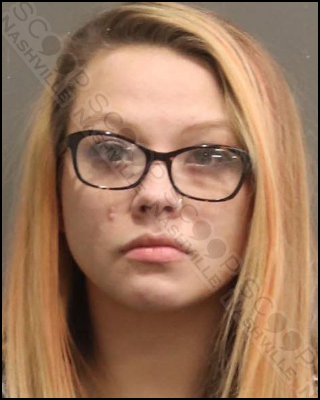 25-year-old Samantha Brady is charged with two felony counts of forgery and attempted theft after attempting to cash two checks, one for $250, and another for $400, at Tennessee Quick Cash on Nolensville Pike Tuesday. Employees discovered both checks were stolen and forged and contacted police while she was still in the lobby. Police arrived and she confessed to attempting to cash the forged checks. Bond was set at $10,500.

Samantha Brady was booked into the Metro Nashville Jail, charged with attempted theft of property and two counts of forgery, with Gwyn Ford and Joseph Otterpohl as the victims. She is free on a $10,500 bond to an