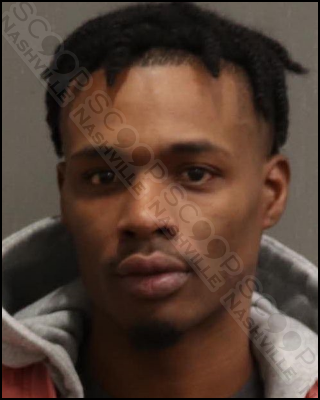 Kevin F. Jones was transported to booking and charged with disorderly conduct. He was freed on pre-trial release to his 1120 Litton Ave. Drive address in Nashville.