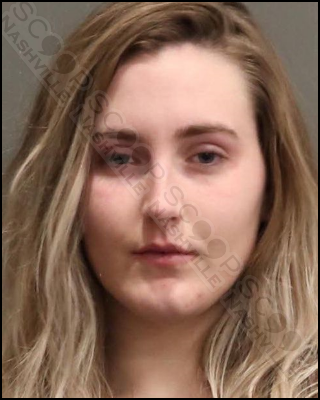 Olivia Cooper Simmons was booked into the Metro Nashville Jail and charged with disorderly conduct, assault, vandalism, resisting arrest, and public intoxication. She is free on pre-trial release to her 5903 Morrow Rd address in Nashville.