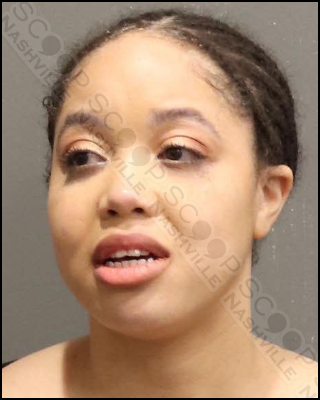 28-year-old Naomi Wright is charged with public intoxication and assault after she reportedly punched and kicked Joshua Jeter, who is a security guard for Nudie’s Honky Tonk, as he was escorting her out of the venue after she had been in a fight on the rooftop. We were unable to verify any active security guard license on file for Joshua Jeter with the state.

Naomi A. Wright was booked into the Metro Nashville Jail on 01/30/2022 and charged with public intoxication and assault. She is free on pre-trial release to her 1001 Sam Houston Circle address in Gallatin, TN.