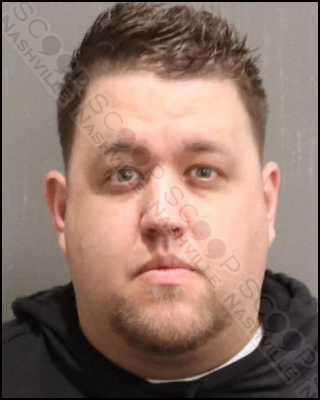 Security at Courtyard by Marriott Nashville at Opryland says they made 32-year-old Travis Black aware that his vehicle had been broken into as he returned to the hotel with his girlfriend, via an Uber. He then became belligerent, went to his hotel room and returned with a guitar bag and pulled an AR-15 from it, and told them “someone with a badge” would get shot.

The security staff retreated to the inside of the hotel and contacted Metro Nashville Police, who responded to the scene to find Black in the parking lot still armed with the AR-15. He complied with commands to drop the weapon, which was loaded.

Travis Black was charged with aggravated assault with a deadly weapon against the Black Shield security officer, Jeremy McGlothin. Black posted a $7,500 bond and was released to his 317 Pilot View Drive address in King, NC.