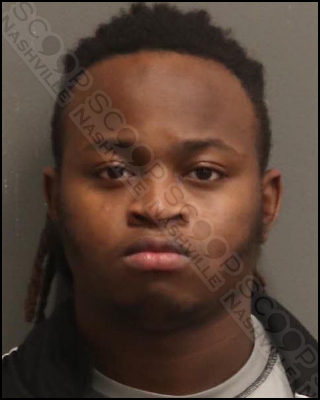 20-year-old Devantae McMillian is charged with felony theft of a firearm after David Beste reported two Beretta handguns worth $2600 were missing after hiring All My Sons Moving. Police contacted the company, who stated “we’ve had multiple clients reporting missing firearms over the past week both in Davidson and surrounding counties”. McMillian reportedly admitted to the thefts to his manager, and again confessed to police.

Devantae McMillian was booked into the Metro Nashville Jail and charged with felony theft of a firearm from David Beste. He posted a $1,500 bond and was released to his 802 S. 8th Ct. address in Nashville.

Scoop: Nashville contacted All My Sons Moving for comment, and their Nashville representative, Wesley, stated the company was too busy to worry about this issue or take calls from the media about it.