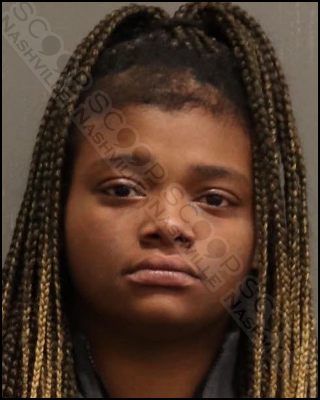 18-year-old Shikisha Kennedy is charged with theft after police say they responded to the Walmart on Dickerson Pike after loss prevention had observed her walking around the store and putting merchandise worth $51 in her purse. Once she passed all points of sale she was detained until officers arrived. It was discovered she also had an outstanding warrant for driving without a license.

Skikisha Kennedy was booked into the Metro Nashville Jail on 02/02/2022, charged with theft and driving without a license. She is free on pre-trial release to her 1607 Fatherland St address in Nashville.