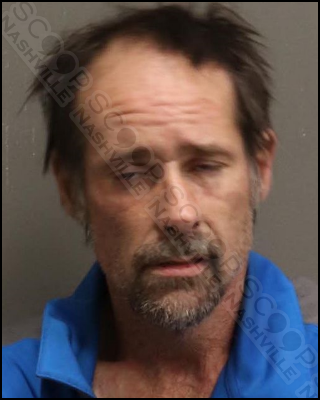 Police say 43-year-old Michael Wayne Evans set fire to three port-a-potties in downtown Nashville Thursday, burning them to the ground, and then jumped in front of a WeGo transit bus, somewhat unsuccessfully. He was able to kick and punch the bus windows, causing substantial damage.

Michael Wayne Evans was booked into the Metro Nashville jail on two counts of vandalism. He is free on pre-trial release to his 525 Hickory Circle address in Ashland City, TN.