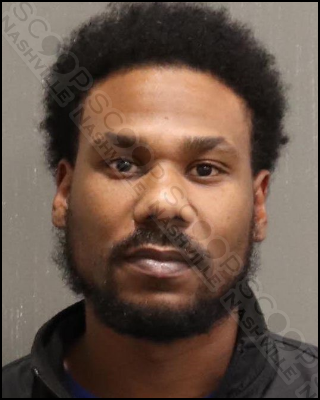 32-year-old Ronteze Bowden, better known as Nashville rapper Tezzo, was booked into the Metro Nashville Jail Thursday on outstanding warrants from 2020 charging him with felony aggravated assault and interference with a 911 call. The warrants allege Bowden and his then-girlfriend, Erica Lillard, were in an argument about rent money when the assaulted her with a bottle of water, then wrapped his arms around her beck from behind causing her to be unable to breathe when he realized she was calling 911.

Ronteze Bowden was booked into the Metro Nashville Jail, charged with felony aggravated assault/strangulation and interference with a 911 call. He posted a $27,500 bond shortly after being booked and was released to his 927 William Edmonson Street address in Nashville, TN.