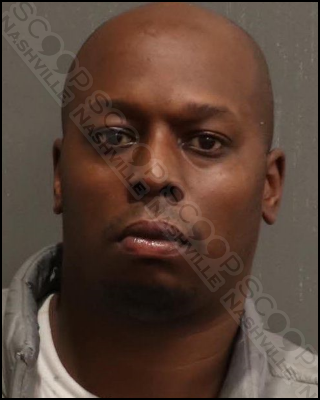 Less than 72 hours after multiple officers shot a killed a man who had been walking alongside an interstate last week, Metro Nashville Police responded to mile marker 89.6 of I-65 N after a citizen report a man, later identified as 32-year-old Demarus Phillips, walking alongside the roadway. Due to safety concerns, they ordered the man further to the side of the road, away from the lanes of travel, and he became upset, stating “I’m just going home”. Police demanded he turn and place his hands behind his back, which he refused. A fight then began with officers which lasted for “several minutes” until he was eventually wrestled to the ground and taken into custody.

Demarus Phillips was booked into the Metro Nashville Jail, charged with walking on an interstate, disorderly conduct, and resisting arrest. He is free on pre-trial release to his 3193 Qualynn Drive address in Nashville.