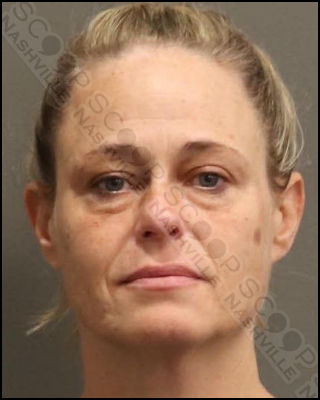 52-year-old Tammy Sullivan is charged with domestic assault after her husband, Kevin Sullivan, says she “stood up from the toiled and punched him in the eye”, breaking his glasses. The couple was reportedly in an argument and Tammy wanted to leave with some friends after she had been drinking and Kevin attempted to take her phone when the assault occurred.

Tammy Sullivan was booked into the Metro Nashville Jail and charged with domestic assault with bodily injury. She posted a $1,500 bond and was released to her 704 Blackstone Ave address in Madison.